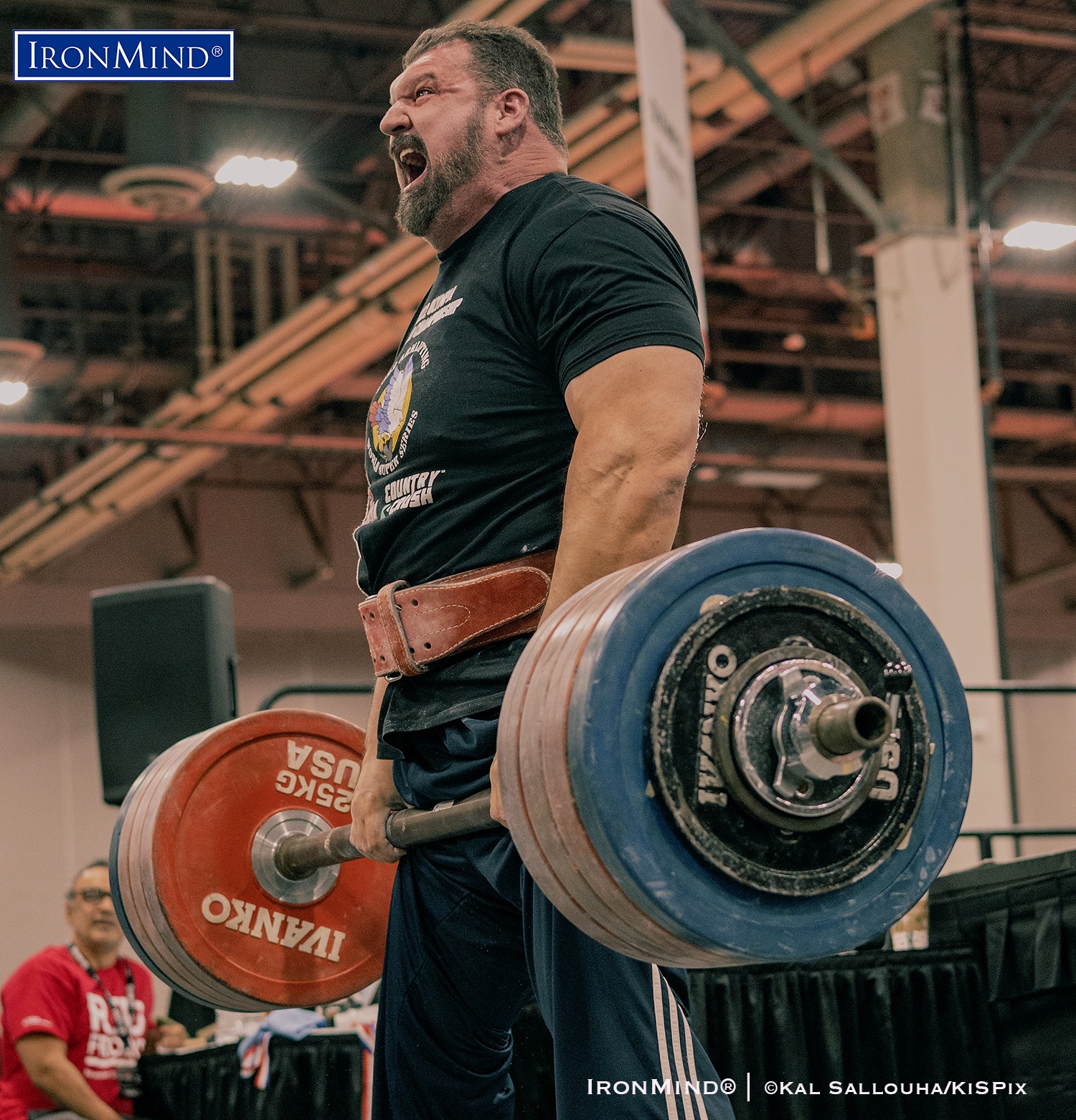 Elite gripster Carl Myerscough has added to his considerable laurels in the grip strength world by breaking one of the most coveted world records as he hit this huge 237.5 kg on the IronMind Apollon’s Axle. IronMind® | ©Kal Sallouha/KiSPix/@osmtraining

Carl “The Blackpool Tower” Myerscough stands 6’ 10” tall, and weighs a nearly-svelte 355 lb. came to the grip strength world with some formidable throwing credentials: as IronMind reported when he was certified on the Captains of Crush (CoC) No. 3.5 gripper, “Myerscough won the UK shot put title ten consecutive times, and he holds the British record in the shot put (71’ 11”). He medaled twice in the Commonwealth Games (shot put 2002, discus 2010), competed in four IAFF World Championships and was a 2012 Olympian.  “Myerscough attended college at the University of Nebraska and that’s where he ran into IronMind: “I could close the [Captains of Crush gripper No.] 2.5 the first time I tried,” he said.

At the Olympia, Carl went after one of the most coveted grip strength world records: the double overhand deadlift on the Apollon’s Axle, and his success with 237.5 kg left his fellow competitors gushing.

When Myerscough officially closed the Captains of Crush No. 3.5 gripper, he told IronMind, “I feel training with grippers through the full range of motion not only is the most effective way to improve at closing them, but also has more carryover that way to other grip events. I view them as a training tool first and foremost.” Looks like the man who’s chasing the Captains of Crush No. 4 just proved the merits of gripper training philosophy.

Here’s a link to a video of Carl Myerscough officially hitting a world record 237.5 kg on the Apollon’s Axle.

“I am very proud to now hold what many consider the most prestigious record in grip,” Myerscough told IronMind. “When I first began six years ago the record was at 235kg by Mike Burke and seemed like an unsurmountable task. The 3 men that have held this record before me Rich Williams, Mike Burke and Igor Kupinsky are all legends of strength. To now join that list of men to have held the record is a great honor to me and to be a part of the history of the Apollon’s Axle WR progression.”