Montmagny, Quebec - Making it look like it was just another day on the job for him, Zydrunas Savickas had an impressive first day at Fortissimus. 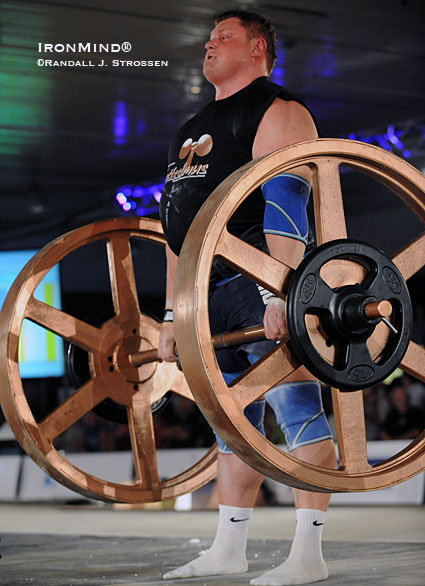 Zydrunas Savickas pounded out 11 reps on the Sigmarsson Wheels Deadlift at Fortissimus 2009 today.  Only Mark Felix did better on this event and Zydrunas Savickas ended the day with a strong lead.   IronMind® | Randall J. Strossen photo.

At the end of the first day, Zydrunas Savickas had established himself as the man to beat.  Here are the top ten: