He's the only lifter we know who has broken an arm on both the snatch and the clean and jerk, so when you talk quitters, this guy is not on the list. 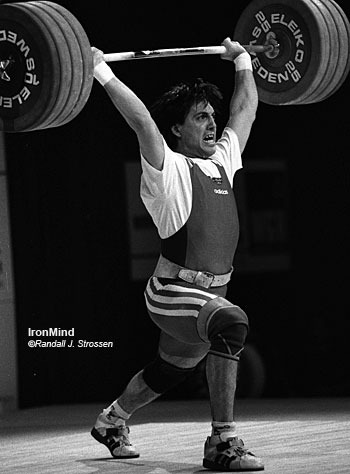 Zlaten Vanev (Bulgaria) nailed this 200-kg jerk to win the 77-kg category at the 1998 European Weightlifting Championships. On his next attempt, Vanev took 205.5 kg, and instead of breaking the world record, he broke his left arm. Two years later, while training for the 2000 Olympics, he broke his right his right arm on a snatch. IronMind® | Randall J. Strossen, Ph.D. photo.

Think about that when you're training this week.