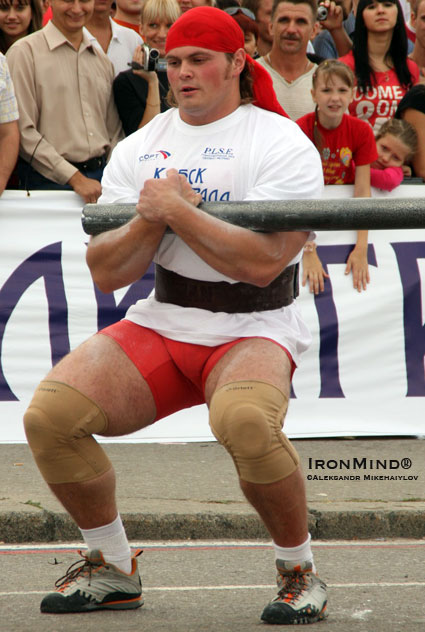 It was a close battle, but Yury Kolmakov won the first stage of the Russian Strongman Championships this weekend.  IronMind® | Aleksandr Mikehaiylov photo.

This was a six-event contest, Ms. Mayorskaya said, with 10 competitors.  “The tournament was attended by by more that 10,000 people, led by Vladimir Turchinskiy, while Mikchail Koklyaev was its chief referee,” said Ms. Mayorskaya.

Here are the results for the top five competitors:

“The Federation expresses its special gratitude to the Mayor of Volgograd, Mr. Roman Grebennikov, and the Administration of the city for their valuable support of the tournament,” said Ms. Mayorskaya.