“I’m pretty excited about the events in the finals,” Phil Pfister told IronMind today, as he talked about his training for the upcoming 2009 World’s Strongest Man contest. 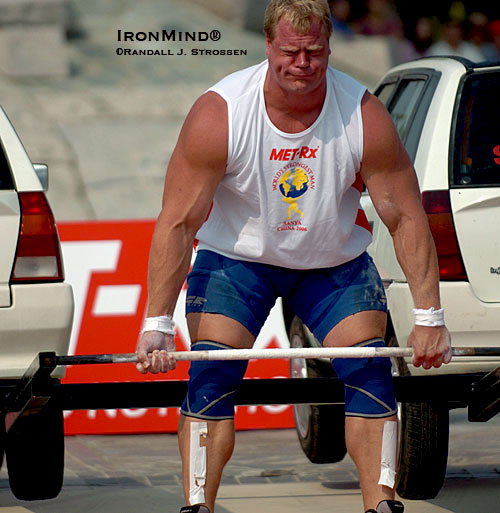 “I’m really psyched about the finals and could see myself finishing in the top three in all seven events, but you never know,” Pfister said.

“There’s always some luck involved,” said Pfister, who was the first American since the iconic Bill Kazmaier to win the World’s Strongest Man title and in so doing, made good on early predictions that he might be the guy to do just that.

Besides keeping his hand in the top echelon of the strongman, Pfister now works as a community relations officer for Chesapeake Energy, “one of the largest producers of natural gas in the nation and the most active driller of new wells in the U.S."

Pfister, who has a penchant for surfing whenever given the opportunity, said he’s been enjoying “jet skiing and boating . . . stuff like that,” this summer, along with his full time job and family responsibilities.