In the strongman world, there are two brands - World’s Strongest Man, and all others - and now the leader is about to flex its muscles. 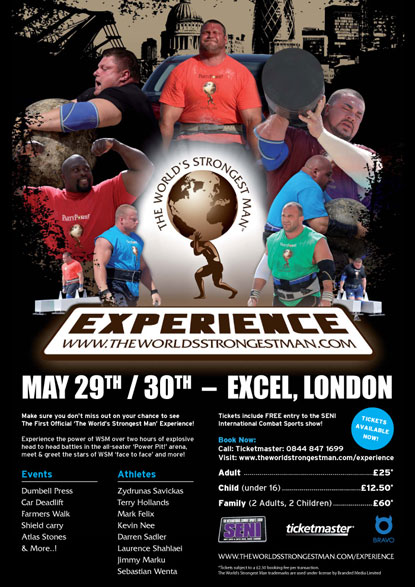 The top names in the strongman world will compete head to head on well-established World’s Strongest Man events, Paul Murphy explained, with the following athletes confirmed:

The events will include such favorites as the Car Deadlift, Farmer’s Walk, Shield Carry and Atlas Stones - staged so that the competitors will go head to head, one pair competing after another.  In addition, Mark Felix will try to smash the world record on the Rolling Thunder®, an attempt that will undoubtedly underline how this lift earned its name.

Svend Karlsen, a past World’s Strongest Man winner himself, will be refereeing and helping with the hosting, Paul Murphy told IronMind®, which brings up a question: Besides lending his expert eye to the commentary, will the Viking be taking requests for [singing] his favorite Elvis songs?

IMG licensing manager Carl Lawrence is enthusiastic about this extension of IMG’s relationship with Branded Media, which he said has proven to be a good partner as it has taken the World’s Strongest Man brand name to new product arenas.