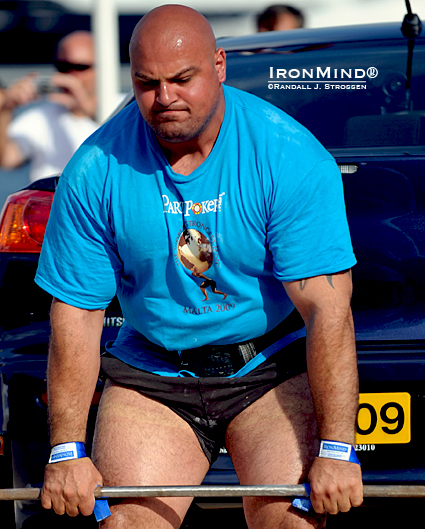 Laurence Shahlaei, shown in the finals of the 2009 World’s Strongest Man contest, has been named to the starting list at the Super Series Swedish Grand Prix/World Finals.  IronMind® | Randall J. Strossen photo.


Eight top strongman competitors have been named to the start list:

This field may be reduced to six competitors for the final two events:

According to the official press release, “The World Championship belt and title will awarded the overall winner together, along with a bonus check of US$4,000.”