Chiang Mai, Thailand - The wonder boy of weightlifting, MILO® cover guy Ilya Ilin, is absent from the start list at the World Weightlifting Championships, so where is he? 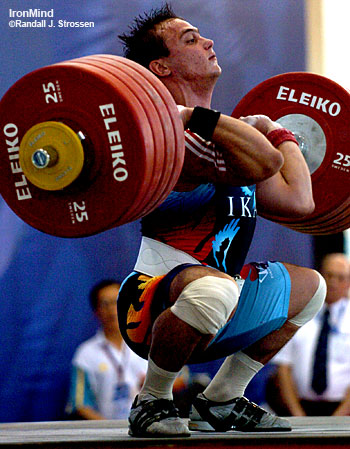 Kazakhstan's head coach, Alexi Ni, told IronMind® today that Ilya Ilin injured his back in training about two weeks ago and that is why he will not be lifting in this year's World Weightlifting Championships.