“Warrick Brant won the Hercules at the Moto GP this weekend, taking 7 of the 8 events with dominant performances across the board and some StrongFit World records set on the way— notably a deadlift of 387.5 kg,” Bill Lyndon reported to IronMind today. 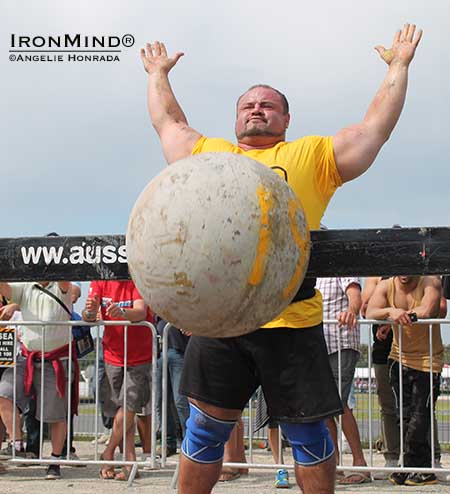 
“In the midfield, it was a hard fought battle for a podium finish, with Joel Mc Leod taking the second position and earning a place at Giants Live in Melbourne next March.  GP TV filmed the event, which looked great.

“The next major event on the cards for Aussiepower Events is the StrongFit World Championships at the Australian Formula One Grand prix which will introduce a new class in StrongFit with a Fitness division; this will have a fast paced format with six exciting new events for the fit and athletic competitors to shine at this international event,” said Lyndon.