Set for the WaMu theater on June 21, the official event list for WSM Super Series Madison Square has just been released to IronMind®. 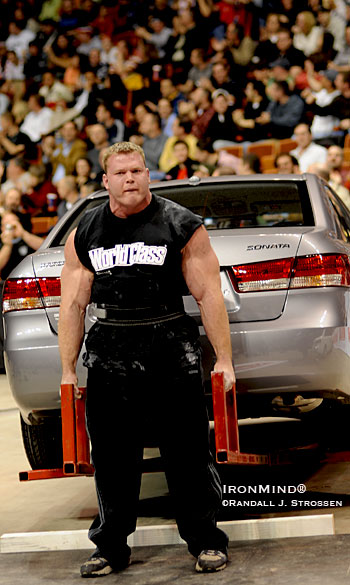 Derek Poundstone won the Eleiko Super Series Mohegan Sun Grand Prix and then he came in second at the Arnold, with a badly torn pec, so watch for big things from him in the WaMu theater at Madison Square Garden on June 21. IronMind® | Randall J. Strossen photo.

Following is a summary of the official description of the events.

"Husafell Stone:" The ~400-pound "stone" will be carried for distance on a 25-meter course. Athletes compete in pairs; no set down; no time limit.

The field will be reduced to the top six competitors for the final two events.