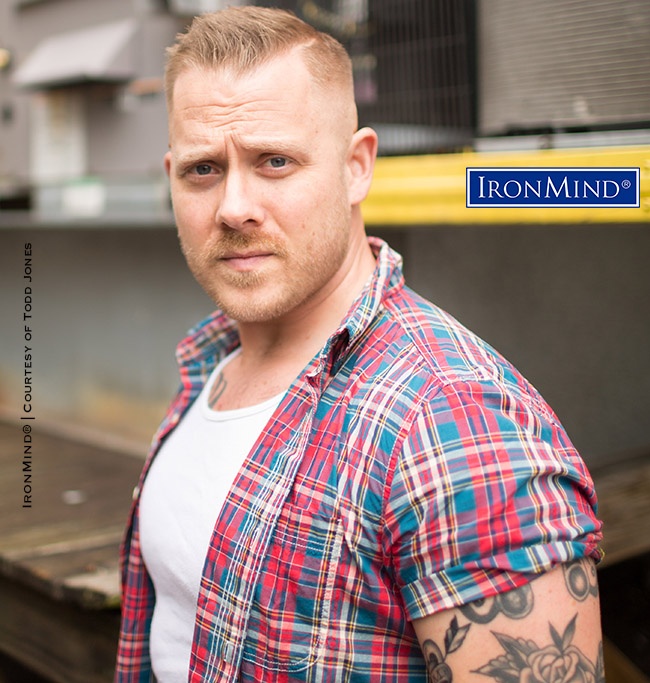 Stuntman and actor Todd Jones has just been certified on the IronMind Red Nail—the perfect goal for an admirer of 19th and early 20th century performing strongmen. IronMind® | Image courtesy of Todd Jones

Stuntman and actor Todd Jones has just been certified on the IronMind Red Nail, a benchmark for short steel bending.

Jone told IronMind that when he read “about the strongmen from the 1800's and early 1900’s,” he realized, that "Many of them were no bigger than I am, and yet they were capable of these mind blowing feats of strength. I said to myself ok, what were these guys doing, and where can I learn it?”

It was around this time that Jones said he discovered the IronMind nails. "I found out about the Red Nail, and I loved the idea of being such a strong bender that you could actually certify and get on an official list of people that could do it. Of course, being on that list was just a fantasy of mine for a very long time”.

It wasn't until three years ago that Jones started training under Chris "Haircules" Rider, Red Nail '08 and that’s when things changed.

"For years I struggled with just trying to bend a 60D nail. When I started training with Chris, it didn't take long before I was smashing 60D's with authority. When we made bending the Red Nail an official training goal, it was actually pretty remarkable how quickly I got to that level. Chris's coaching skills are second to none.”

Jones is 40 years old, 5’ 11” and 210 lb. He has worked with such stars as Dwayne "The Rock" Johnson, Johnny Depp, and Kevin Baco, and he is currently “producing his own independent project, a series called ‘Carney.’”

Congratulations, Todd—your name has been added to the Red Nail Roster—and many thanks to Sean Burke, Esq. for refereeing Todd’s official attempt to bend an IronMind Red Nail.