He was world class in three Olympic sports and he won the first two World's Strongest Man contests, but he might be best known for sharing his thoughts, so if you have a question for Bruce Wilhelm, or if you just want to listen up while basking in the Big B's glow, here's another really good reason to come to the Tommy Kono Open tomorrow in Sacramento. 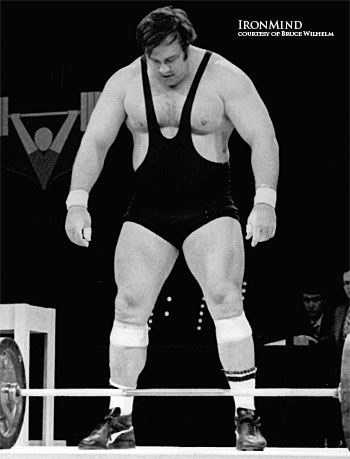 Before laying into this 185-kg snatch, Bruce "The Big B" Wilhelm gives it the evil eye. IronMind® | Courtesy of Bruce Wilhelm.

We can't guarantee that California Governor Arnold Schwarzenegger will be there, too, but weightlifting fans know that at the Arnold a couple of years ago, Governor Schwarzenegger pointed to Tommy and proclaimed, "This is my inspiration. I wanted to be studly like Tommy, so strong and so muscular." 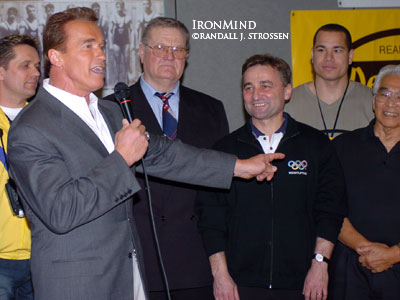 Kono's record in weightlifting is staggering, replete with Olympic gold medals, world records and world championship titles, and his hometown - Sacramento, California - is the setting for tomorrow's 2nd Annual Tommy Kono Open, put on by Paul Doherty and Don Weideman. Along with Tommy Kono, and Bruce Wilhelm, expect to see such other big names in weightlifting as Jim Schmitz and Butch Curry . . . talent-laden Northern California produces some pretty dazzling local weightlifting contests.