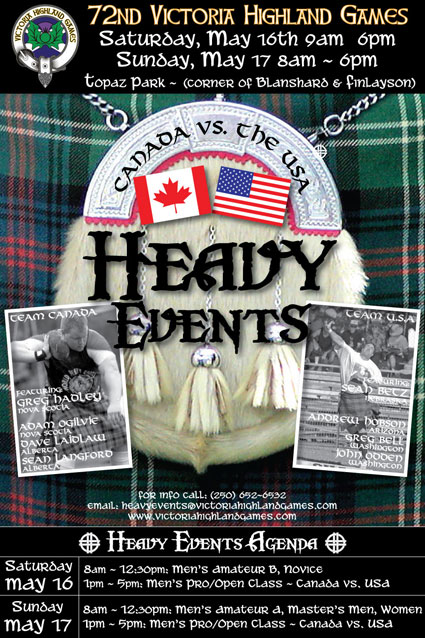 Clash of Nations in Victoria, Canada

By Carl I. Jensen

In preparation for the 2010 World Heavy Events Championships that will be held in Victoria, British Columbia, Canada, the 72nd Victoria Highland Games held a Team Canada versus Team USA heavy events competition on May 16-17, 2009. Four athletes from each nation represented their respective countries in a bid for international bragging rights and a placing within the competition.

Team USA was led by the current World Champion, Sean Betz, and it also included Andrew Hobson, Greg Bell, and John Odden. The host country, Team Canada, was led by four-time Canadian Champion, Greg Hadley, along with Adam Ogilvie, Dave Laidlaw and Sean Langford. Betz, Hadley, Hobson and Odden were all making their debuts at the Victoria Highland Games.

When the dust had settled, Team USA had won all but one event. But that one event that Team Canada won was the most memorable as it was the caber, and the Canadian Champion, Greg Hadley, was the only athlete that turned the gnarly 19’ 6”, 127-lb. piece of Vancouver Island timber for a 12:30 and a 12:00. 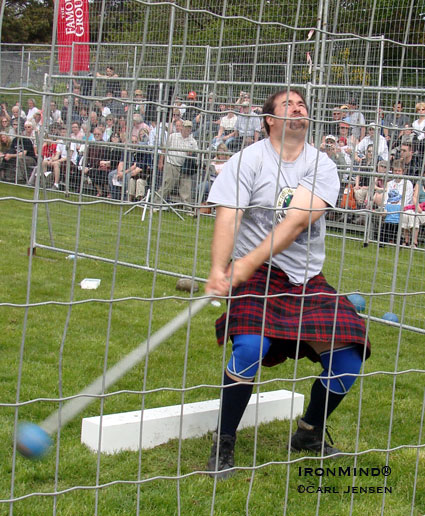