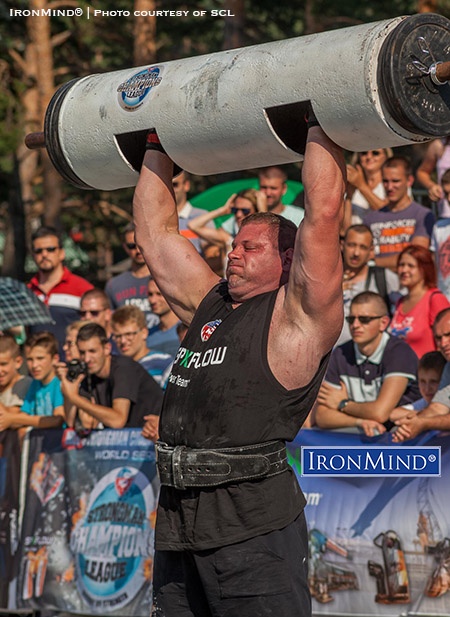 Strongman Champions League (SCL) has released an official statement banning use of excessive support gear and other “gimmicks” that SCL feels is at odds with the essence of strongman and turns it into something less than what the audience deserves. Following is the complete statement

We recently asked ourselves the question: Are we seeing our beloved strongman sport becoming weak? Diluted by neoprene-encased, gutless Teletubbies?  Or can we consider some clear rules and keep it raw, showcasing the real strongest man in the world, who pick up weights, pulls planes and cars, lift logs and stones, without these gimmicks?

Because at times we wonder if we are in a strongman competition or at a Muppet show. Well, the Strongman Champions League has now decided, we want raw power, real men, powerful muscles each weight dragging up with a smile.

With all due respect, we are finished with excess neoprene, knee and elbow warmers, three belts and deadlift suits all worn at once. It certainly won’t harm if athletes don’t use them. We think it’s the biggest joke in strongman these days.

And what’s next? Having titanium attachments to help lift a weight? Putting power knee wraps around the elbows to lift more? We might as well be employing a forklift. Where does this madness end is a question of our athletes and audience.

The power that we as Strongman Champions League admire and celebrate is exactly the power that comes from within the body.  Therefore we have made some new rules, which can be found on our website.

From the 1st of July we have banned all double belts, suits, elbow warmers etc.  In all of our events we will allow to have only one elbow warmer at only one arm, one deadlift suit, one belt and normal straps. This also means no figure-eight straps, no high heel boots, or any other gimmicks that undermine the sport’s integrity or puts the athlete at any unnecessary risk.

So, let us be the new IPF (International Powerlifting Federation) of the strongman sport, and take the lead in these matters, again. We are not afraid of criticism or derision and we are certainly always open to suggestions for the development of our sport.

The Strongman Champions League thinks it is clear and simple here: if we all want it so professional, if athletes want to be professional, then you should take it to your audience as well because the audience deserves a great show from the athletes and the athletes deserve the applause.

The MLO Strongman Champions League can and will be the referee between these two worlds to continue to evolve and improve our sport.

Watch our next stage number 7 in Bulgaria at 23 July, where all the strongmen will be fighting for the title….raw and uncut.