If you're in Vilnius, Lithuania on Friday and want to see a jet pulled as a strongman event, be ready for what the Strongman Champions League has planned. 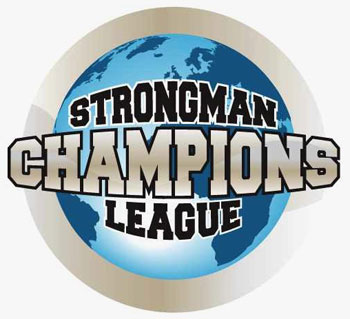 The next stop for the Strongman Champions League is Vilnius, Lithuania, where, on Friday, the strongman competitors will pull a jet. IronMind® | Logo courtesy of Marcel Mostert.

"On Friday, 18 July, we will do a real plane pull at the airport, the SAAB plane pull," Marcel Mostert told IronMind®. "It reminds me of when I was in Vilnius in 1996 and also did a plane pull, and they closed the airport for three hours to do our thing!  It gave us great pictures and a fantastic show . . . especially since they closed the international airport just for us. That was awesome and was never done again in Europe as far as I know."

The rest of the events will be held the next day: log lift (for maximum weight), weight for height (using a beer keg), squat (for reps), medley (described as "heavy"), Atlas stones (up to 180 kg), deadlift (320 kg for reps).

Here are the competitors: