This coming Friday, October 24, at 10 p.m., the Strongman Champions League - Finland will air on Eurosport, and this is the contest where Marcel Mostert says, "We can see the real comeback of Misha Koklyaev, after his injury at the Arnold." 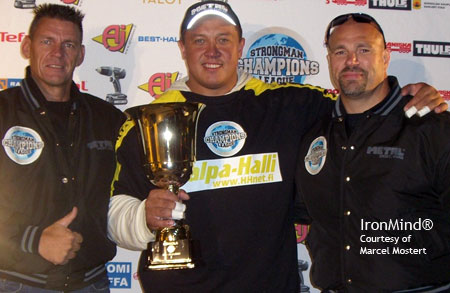 There will be several replays of this contest, as well, Mostert told IronMind®, and on October 27, Eurosport will broadcast the Strongman Champions League - Lithuania.

"We have been broadcasting on Eurosport every week for the last six weeks, and getting great reports from it," Mostert said.