“It means a lot to win this title for the first time,” Stefán Sölvi Pétursson told IronMind®, as he commented on his victory at Iceland’s Strongest Man contest yesterday. 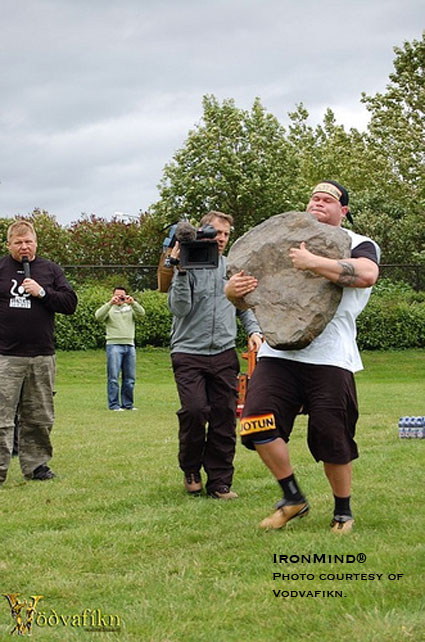 Stefán Sölvi Pétursson on the Husafell Stone at yesterday’s Iceland’s Strongest Man contest - the biggest strongman title in the Land of Fire and Ice.  Stefán Sölvi Pétursson was so popular at Fortissimus 2008 that IronMind’s Randall Strossen told him that he was surprised Stefán Sölvi left Canada without a bride.  IronMind® | Photo courtesy of Vodvafikn.

Yesterday's victory is just the beginning for the young Icelandic strongman.  “I hope to do so many times more,” he added, looking to build on his big win.  “I did not have time to celebrate . . .  Now it’s all about training and hoping to get to World’s Strongest Man!”