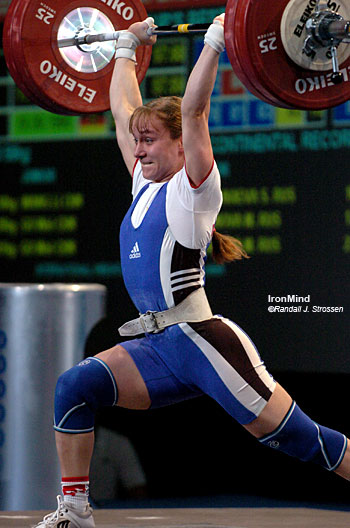 Going six for six, Shainova ended the day with 100 kg in the snatch and 130 kg in the clean and jerk. Fetie Kasaj (Albania) got the silver in the total (91/123), missing the jerk with 131 on the final attempt of the class. Some of the biggest news was Ruth Kasirye, originally from Uganda but now lifting for Norway. Kasirye came in fourth in the snatch as well as in the clean and jerk, but her total gave her the bronze overall - the first women's medal ever won by Norway at the European Weightlifting Championships.