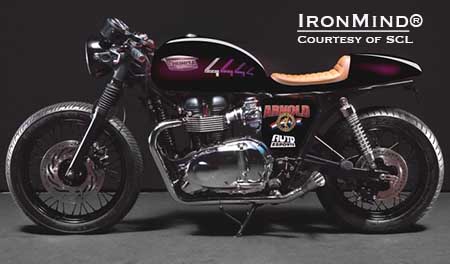 This commemorative motorcycle, along with some cash, will the prize at Friday’s “Brutal Edition” SCL competition at the Arnold–Brazil.  IronMind® | Image courtesy of SCL


The Deadlift, Atlas Stones and Log Lift for max will be featured on Friday, with the winner getting a special motorbike and prize money, for a total value of US$12,500.

Saturday’s competition will be on the dumbbell press and the winner will get a very special watch and prize money, for a total value of US$6,000.

“The weights will be ‘brutal,’ same as the athletes and their last titles, listed below:

“It promises to be an awesome ‘Brutal Edition,’ with a lot of media coverage in Brazil," Marcel Mostert told IronMind.

“The MHP Strongman Champions League will be also perform in a few other big shows that week, such as GE - GLOBO ESPORTE Program, BDBR - BOM DIA BRASIL, the JG - JORNAL GLOBO  and  the JN - JORNAL NACIONAL .

“All these programs together are viewed by 75 million viewers in Brazil.  The competition itself will be broadcast by Globo TV, the biggest channel in Brasil.  Arnold Schwarzenegger himself will give the prizes.” 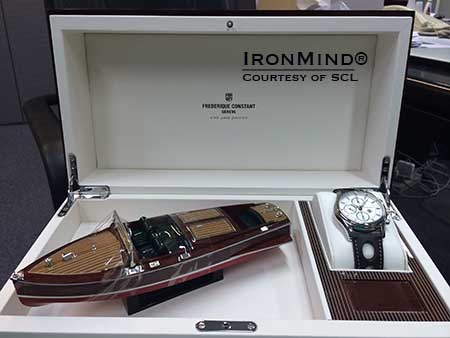