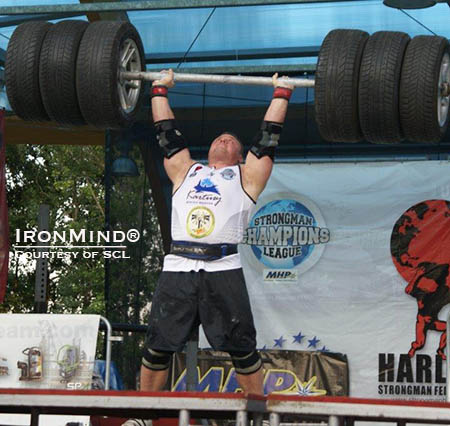 He’s one of the top competitors on the professional strongman circuit so when Krzysztof Radzikowski returned to competition, his presence was felt: he won half the events, along with the overall title, at SCL Poland last weekend.  IronMind® | Photo courtesy of SCL

Krzysztof got injured last year at MHP SCL Malaysia. He competed at the beginning of the year but his injury was getting worse and he was operated on. After the operation, he was away for few months and came back in Croatia, taking third place—and now in his home country he hit the jackpot at the MHP SCL Poland contest.

The weather was very hot and sunny, around +40 Celsius, which made also a big challenge for the athletes.  The competition was well organized, thanks for the Harlem Strongman organization.

30 August the SCL series continues in Hungary, so stay tuned for more news.