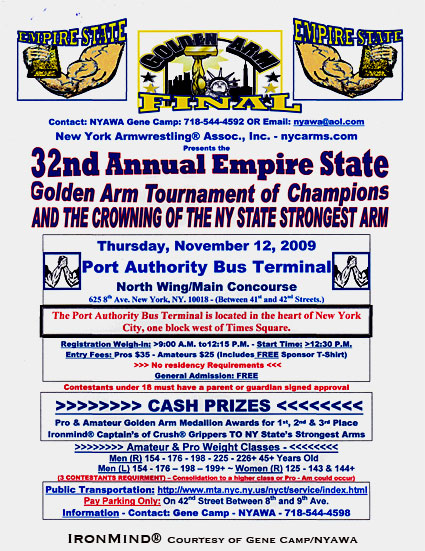 Set for November 12, starting at 12:30 p.m., this competition will have cash prizes and along with top names in arm wrestling, the public is invited to watch or step up to the table and give it their best shot.

"The Empire State Golden Arm Tournament of Champions is New York City’s oldest and most prestigious and sought-after title,” said Gene Camp. “This event is a culmination of our 32nd anniversary season, and it’s going to be very exciting to watch because the event is loaded with top talent from all over the tri-state area and far beyond.

“The Empire State Championship is the final event of the New York Golden Arm Series, where three preliminary championships were held this year for both amateurs and pros,” Camp explained.