Labor Day weekend is always big in Pleasanton as the Caledonian Club of San Francisco presents its venerable Scottish Highland Gathering and Games, a magnet for many of the world’s best in the traditional Scottish Heavy Events. 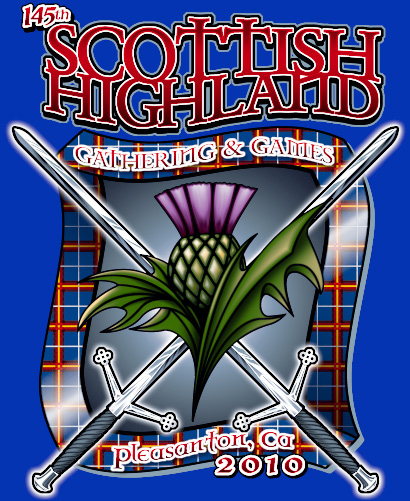 Extending its tradition of excellence, the Caledonian Club of San Francisco will be hosting the 2010 U.S. Heavy Events Championships, as well as the 2010 IHGF Caber and Weight for Height World Championships as part of its 145th Scottish Highland Gathering & Games.  IronMind® | Artwork courtesy of Steve Conway.

The Caledonian Club of San Francisco’s 145th Gathering and Games is rapidly approaching and this promises to be an exciting event with top notch competition in all the classes.  The Pro class will contend for the combined IHGF World Championship and the 36th U.S. Invitational Heavy Events Championship in the weight for height and the caber; as well as the IHGF Pro Series and the U.S. Invitational Heavy Events Championships in the overall.

With that on the line, you can expect an all out effort from a great international field of athletes: Harrison Bailey, Sean Betz, Mike Zolkiewicz, Larry Brock, Mike Pockoski, Dave Brown and Dan McKim will represent the US; Aaron Neighbour is coming from Australia, Hans Lolkema from Holland and Craig Sinclair from Scotland.   Larry Brock is the current IHGF World Champion and the rest of these athletes have a number of other championships to their credit.  Mike Zolkiewicz is the current world record holder in the traditional standing style weight for height and Dave Brown is the world record holder in the spinning style weight for height.  Mike may have the edge as it will be standing style only this year; with Dave and the rest of the pro’s pushing him, I’m sure Mike would love to take that record even higher.  The World Caber Championship will see the debut of two beautiful new cabers made by Frank Lux and Kit Sonneson from the California Caber Company.  The cabers have been dedicated to IronMind® and will no doubt prove to be a real challenge; the largest is 21’ and 140 lb., totally fitting for a competition of this caliber.  One favorite  will be Dan McKim, quite possibly one of the best U.S. caber tossers since Ryan Vierra, Mike Smith and Jim McGoldrick.  However, in a class this deep in talent nothing is a given.  Anyone of these world class athletes could walk away with all the titles!

I also have to mention what an incredible line-up of amateurs that will be competing in the Men’s Amateur, Women’s Open and Masters classes.  John Collins, Mike Dickens, Jonathan Irwin, Spencer Tyler and world class power lifter Chad Aichs to name a few in the men’s class.   U.S. Champion Summer Pierson and World Champion Adriane Blewitt leading a tough class of women including four masters throwers.  Former pro football player Mike Baab taking on a 50+ masters class that includes 2010 World Champion Al Stagner, 2nd place finisher Kel Mulrey and  5-time World Heavyweight Arm Wrestling Champion Jay Lyttle.  Former highland pro and Braemar Games Champion Ken Lowther will have his hands full in the “younger” masters class with challengers Shawn Baker, David Youngberg, Ed Cosner and Anthony Lordi to name a few.  And for the first time at Pleasanton we will have a 60+ masters class, these gentleman will prove that it’s possible to be competitive at any age if you have the determination.  With athletes representing 8 countries and 18 states this promises to be one of the most hotly contested heavy events competitions in the U.S. this year!   The Caledonian Club of San Francisco would like to invite you to watch one of the biggest and best Highland Games and gatherings in the world.  Please visit http://www.caledonian.org/ for more details. 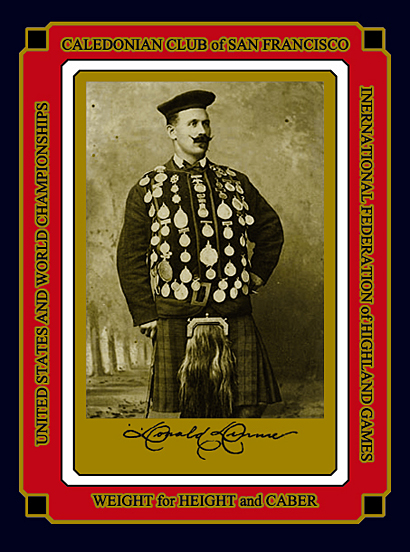