Northern California is a hotbed for weightlifting in the United States, where the Pacific Weightlifting Association (PWA) has a rich heritage and a bright future - and the next wave is about to hit shore when Hassle Free Barbell Club goes to Columbus, Ohio in a couple of weeks . . . ready to bag top honors in the high school weightlifting meet to be held at the Arnold. 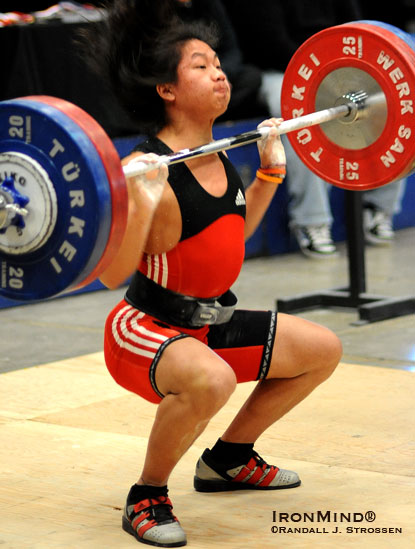 
Hassle Free Barbell Club is a two-headed giant run by the dynamic Doherty brothers, Kevin and Paul.  Kevin runs the show at San Francisco’s Lincoln High School and Paul does the honors at Sacramento High School  in the Golden State’s capital.  The Sacramento High School weightlifting program was featured in the June 2009 issue of MILO®: A Journal For Serious Strength Athletes.

“Werksan Barbell and Columbus Weightlifting will create the venue for Hassle Free to really flex its muscles at the Arnold Classic next weekend as they host a high school team competition.  Whereas Sacramento High and Lincoln High have owned the USA Weightliftng stage at the club levels, a high school team event only bolsters the roster.  The Sac High boys' team will feature 5 internationally seasoned lifters in the 8 weight classes, with seniors Sae Vang, Trevon Johnson, Kyle Saelee, Clinton Johnson and Brandell Sampson.  This senior class has made appearances at 5 international contests representing team USA and won a combined 23 medals at the national championships, but on Sunday will represent just their high school,” said Doherty.

Running through the team’s roster, Doherty told IronMind®, “On the girls' side, Lincoln's roster is just as loaded, with 3 of the 7 girls having international experience, and the other 4 looking to cross the border this year.  Senior Chioma Amechi leads the pack that also includes National Champions Jenny Lam and Kryslyn Li.”