High school athletes and coaches who would like to learn more about Olympic weightlifting have a great opportunity at the upcoming FitExpo in Pasadena, California. 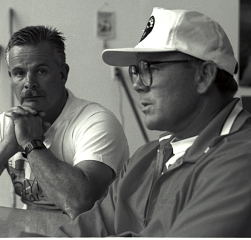 The FitExpo runs February 18 - 20 at the Pasadena (California) Convention Center and Friday's program, which is geared toward youth, has something very special going on: USAW coaches Pat Cullen-Carroll and Mike Burgener, along with three of their athletes - Josh Aguirre, Sage Burgener, Nicholas Cullen-Carroll - are conducting a demonstration/seminar entitled "Olympic Weightlifting for the High School Athlete."

So if you're a high school athlete or coach who wants to get an idea of how the Olympic lifts can give you the competitive edge, and how you can get a program started at your school, be sure stop by.

"Olympic Weightlifting for the High School Athlete" is scheduled for 7:30 p.m. February 18th, and for complete details on the FitExpo, please check the FitExpo's official website.