Make it a triple - the World's Strongest Man Super Series will be celebrating its third anniversary at the Mohegan Sun Casino & Resort on April 22 and while invitations to the athletes are just being prepared now, expect an all-star lineup matching this world-class venue and top-tier strongman event . . . this is where the journey to the 2007 MET-Rx World's Strongest Man contest begins. 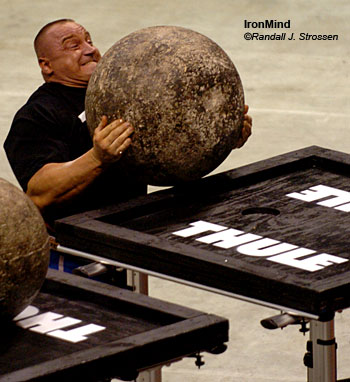 WSMSS Tour Director Jesper Albanson told IronMind® that he is looking forward to building on the foundation established at the Mohegan Sun in 2005 and 2006, and he has every expectation that he will achieve a new high water mark this year.

Tickets will be available through www.ticketmaster.com and the Mohegan Sun Box Office, with a tentative ticket release date of February 12. For full details on the Mohegan Sun Casino & Resort, including ticket information, please check the Mohegan Sun website .