Mikhail “Misha” Koklyaev has added another notch to his belt in the strength world as he won the raw WPC European Championships, Ilkka Kinnunen reported to IronMind. 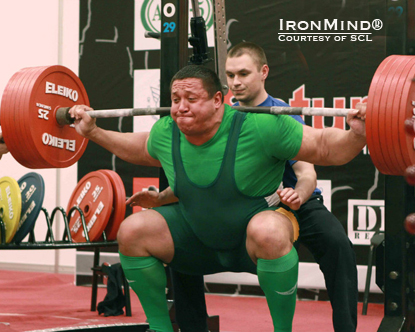 “Misha Koklayev showed again that he is one of the best strength athletes by controlling weightlifting, strongman and powerlifting

“Misha´s plans for the year are to compete in SCL and Giants Live competitions and of course to win the WSM title 2012. Welcome back Misha for Strongman!!”