Ilkka Kinunnen is set to roll out the Masku Strongman National Series next week, “a four-competition national tour in Finland where the plan is to pick the athletes for the rest of the year’s SCL events and also the top three for Giants Live–Finland, [which is a] World’s Strongest Man qualifier.” 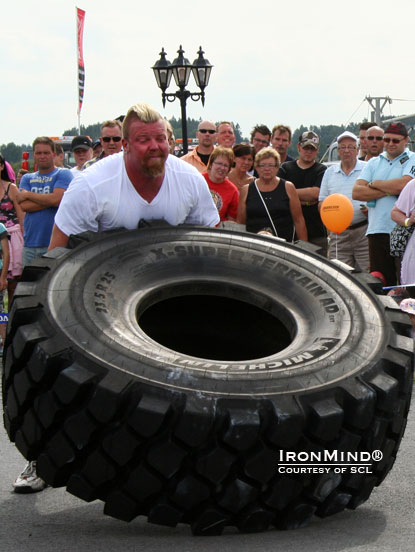 “The series has collected all the top Finnish strongman athletes,” Kinnunen told IronMind, “so we are going to see some great battles.

“The first competition is starting Friday May 13 in the city of Pori.  The week after, on Saturday May 21, we are close to Turku, in Masku.  On Wednesday, May 25, the location is in the middle of Finland in a city called Jyväskylä, and the last one is Friday, June 3, in Oulu.

“The event list will be changing a little bit during the series," Kinnunen said, but here are the events for the first competition, in Pori: