The two-time WSM finalist and IronMind® Rolling Thunder® World Champion, Mark Felix, immediately accepted to face the Fortissimus challenge as he reported ready to go to Paul Ohl, president of Fortissimus 2009, this as a result of Jarno Hams injury - all of this just in and official, straight from Fortissimus. 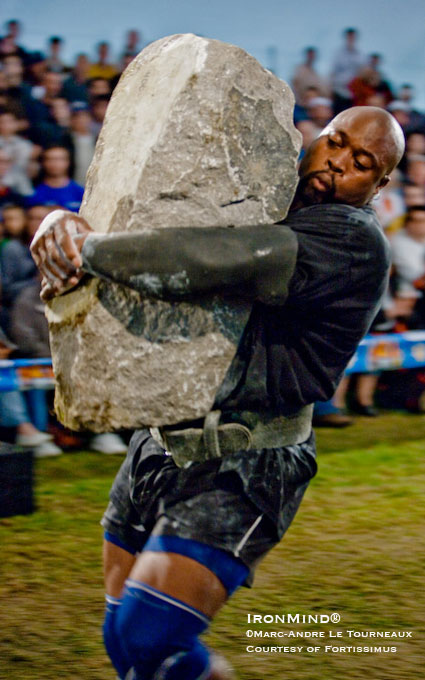 Mark Felix, a crowd favorite at Fortissimus 2008, is joining the field in Fortissimus 2009, as well as being the man to beat at the IronMind® Rolling Thunder® World Championships.  IronMind® | Marc-Andre Torneaux photo, courtesy of Fortissimus World Strength.

According to the written statement received by IronMind®:

A sad news and a good news.  Nobody from the Fortissimus organization had forgotten Mark Felix.  He was a crowd favorite last year and will be again this year.  But most of all, he is an example of resilience, a man with a will of iron.  Not only will he try to break his world record at the IronMind® Rolling Thunder® World Championships, but he will have a shot at the Sigmarsson Wheels deadlift record at the competition.  This is great for the sport.


To this, IronMind® would add that if you have not yet gotten one, this is place to check to see if tickets to Fortissimus 2009 are still available.