Four-time World’s Strongest Man winner Magnus Ver Magnusson is well underway with this 2010 strongman contest tour - he just held his Iceland’s Strongest Viking contest and East Coast Giants will be coming up in about a month, he told IronMind®. 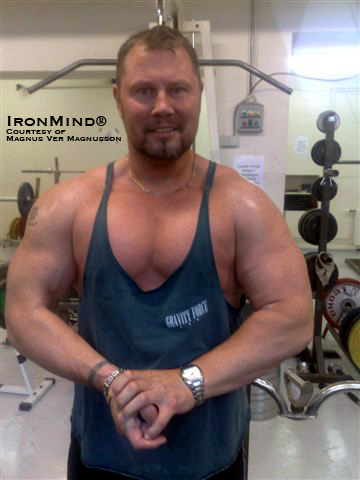 
When you come to strongman promotion the way Magnus Ver did, by having first excelled as a competitor, you do things differently - you have an eye for details that would escape others because you know which nuances make big differences.

Take the Silver Dollar Deadlift, long a strongman staple, yet it’s never really been standardized even though there is general agreement on a reasonable range for the key parameters.  Nothing wishy-washy for Magnus Ver on this, though: Bucking the trend of rising bars, as in shortening the stroke, he told IronMind that he has lowered the height of the bar on his Silver Dollar Deadlift apparatus to 35 cm, just to make sure there is enough range of motion to keep the lift legitimate.

He’s also mindful of when more weight is called for, as in the case of the Circus Dumbbell: with 10 reps being hit on his 80-kg Circus Dumbbell at the Iceland’s Strongest Viking contest, Magnus said it’s time to add some more weight. 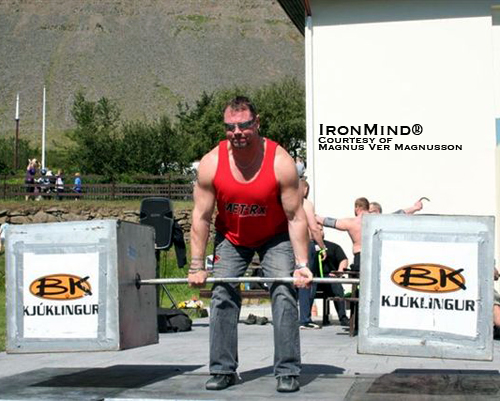