“Christal Films Productions and Seville distribution have just announced that the Louis Cyr movie’s premiere will be in Montreal on Monday, July 8, 2013,” Paul Ohl reported to IronMind.


“The opening in all theaters will be on Friday, July 12, 2013,” continued Ohl, who is the author of the definitive biography of the legendary Quebec strongman.

“Most observers have already made their predictions: the movie is expected to turn out as the blockbuster of the year in Canada.

“As Antoine Bertrand, the actor playing Louis Cyr, said :  ‘With the movie and the museum, Louis Cyr’s memory will now live forever.’” 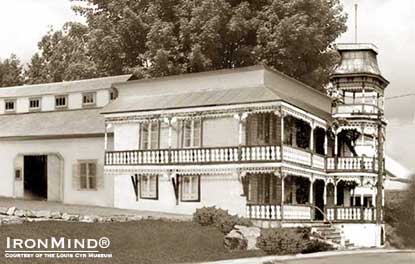