“Although the top athletes were not there, because of their WSM preparation, it was still a very hard event in Slovakia,with 7 events in one day,” SCL cofounder Marcel Mostert reported to IronMind today. 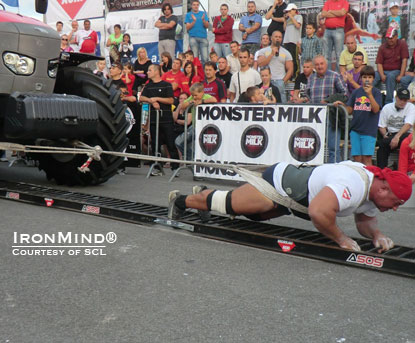 “We started at 2 p.m. and finished at 7 p.m., with a great crowd and a very happy winner, Konstiantyn Ilin from the Ukraine.  It was his first win ever in the Strongman Champions League.  Ervin Katona remains the overall leader in the SCL ranking," said Mostert.

Here are the top 12, officially:

“The semi finals in Canada is coming near, at 29 September, the start of an absolute top field, as announced before on IronMind,” Mostert said.

“And it will be exciting: Four days long, and with 10 events to do, it won’t be easy for nobody to get crowned as the first SCL winner of Canada ever.