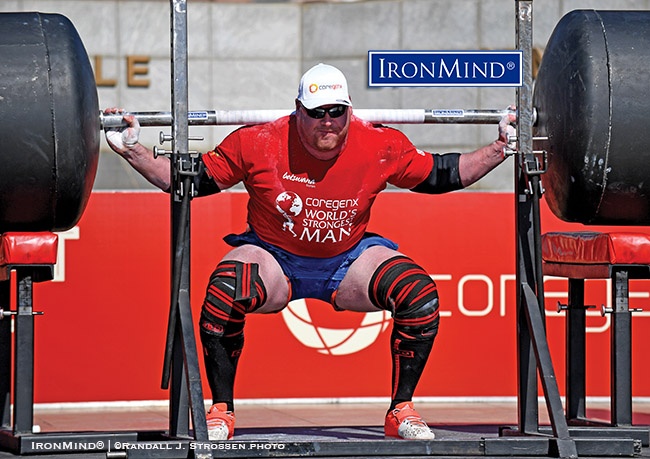 Jean-Francois Caron (Canada) was second only to Eddie Hall in the squat at the 2017 World’s Strongest Man contest (Gaborone, Botswana), where he finished fifth place overall and proved once again that he can give up a lot of bodyweight and still be fiercely competitive on the professional strongman circuit. IronMind® | ©Randall J. Strossen photo

Jean-Francois Caron has been named by Fortissimus World Strength as the Strongman of the Year.

Jean-François Caron was on the starting list of 10 international competitions ending up with 9 x top 5 places, 7 x podiums and 3 wins.

Caron was the only international strength athlete to make a top 5 in all five major organizations during the current year.

This exceptional track record of Jean-François Caron ranks him as the greatest Canadian strength athlete in modern history.

First ever since 1977, the FORTISSIMUS WORLD STRENGTH RANKING SYSTEM has met the approval of the major strongman organizations. 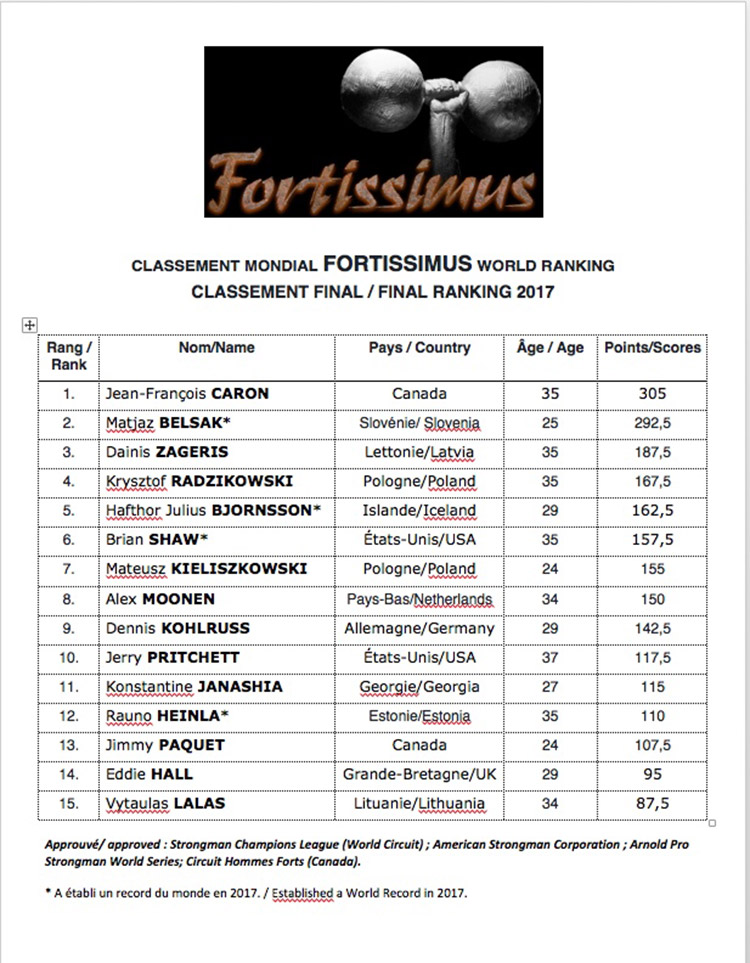