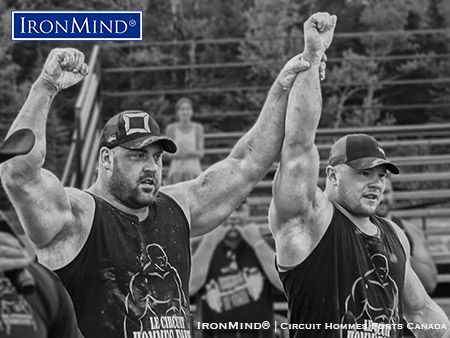 Canada’s most prominent strength athlete achieved what many considered as an impossible feat : winning the Canadian Strongest Man contest 8 consecutive times (2011-2018). The 2018 Canada’s Strongest Man contest was held this past week-end at Plantagenet, Ontario, Canada, with a field of 14 competitors. At age 36, Jean-François Caron just accomplished what former Canadian great, Hugo Girard, once claimed to be « impossible » as he referred to his own track record of 6 consecutive wins ( 1999-2004).

Worth mentioning is the 3rd consecutive runner-up place of 25 year old sensation Jimmy Paquet, considered by many as one of five future Strongman international stars.