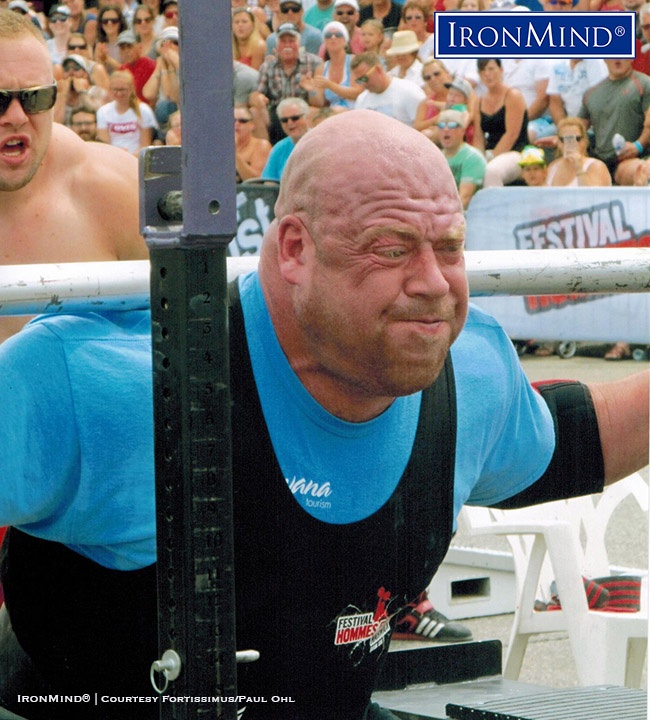 Jean-François Caron (Canada), shown battling it out with Martins Licis at the Arnold Pro Strongman World Series in Warwick, Canada in July. Both men, incidentally, knocked off 11 reps with the 720-lb. load. IronMind® | Photo courtesy of Fortissimus/Paul Ohl

Eight-time winner of Canada’s Strongest Man Jean-François Caron is on a roll: the ace strongman won the 2018 Arnold Pro Strongman World Series Overall Championships with his performance in Barecelona, Spain over the weekend.

Jean-François Caron, the 8th time Canada’s Strongest Man, has clinched the 2018 Arnold Pro Strongman World Series Overall Championship this past weekend in Barcelona, Spain.
Competing in his 4th continental Arnold Pro event after earning a  top 5 at the 2018 Arnold Strongman Classic, Jean-François Caron secured the championship with a 5th place in Spain , having won in South Africa, been the runner-up in Australia and added a 3rd place in Canada.

Canada’s own modern Louis Cyr stands alone with top 5 places in every Arnold Pro Strongman contest he has entered in 2018 thus claiming 45 points out of a maximum 70 points.

Rauno Heinla , Estonia’s Strongest Man is the 2018 runner-up with a win in Australia and Mateusz Kieliszkowski , Poland’s new sensation , finishes in 3rd place. 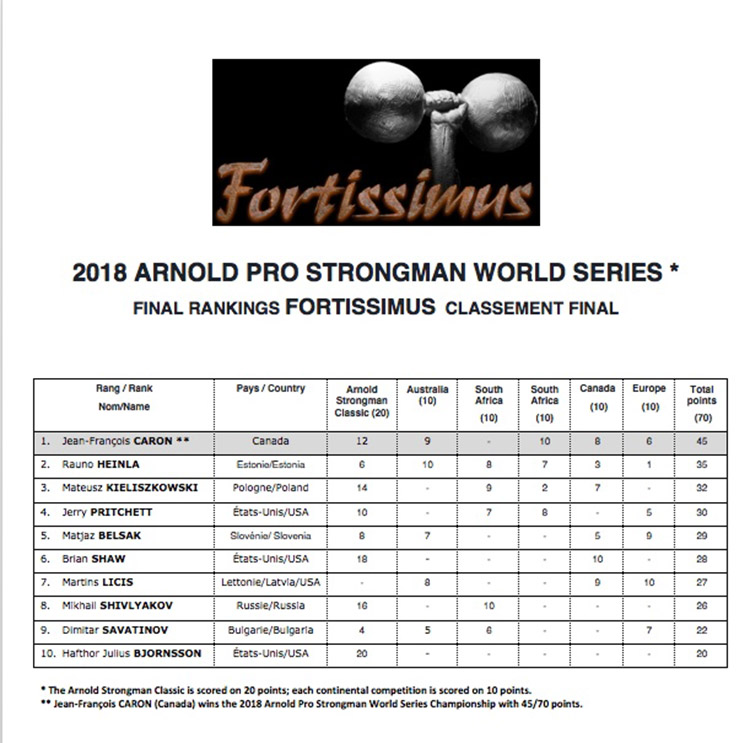