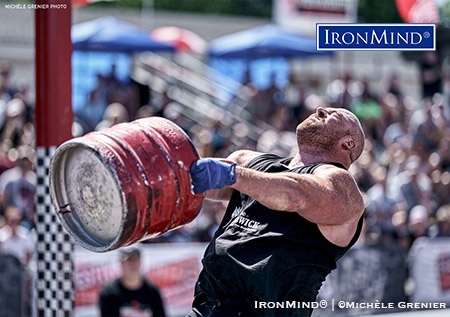 Jean-François Caron just added even more muscle to his strongman résumé as he won the Arnold Pro Strongman World Series Circuit in Canada, and Paul Ohl, founder and president of Fortissimus, called the action for IronMind.

Jean-François Caron, Canada’s most decorated strength athlete, completed a 10th contest with the Arnold Pro Strongman World Series Circuit since 2017 with a win in Warwick, Canada, last weekend, at age 37.

Leading the competition from start to finish over two days, Caron extended his track record at the Arnold Pro Strongman circuit to 9 top 5, including 6 podiums (Australia 2017, 2018; Africa 2018; Canada 2017, 2018, 2019). In 2018, Jean-François Caron became the first ever Canadian strength athlete to make a top 5 at the Arnold Strongman Classic.

Challengers to the Canadian Strongman Crown

Maxime Boudreault, 2019 Ontario Strongest Man, made a second day comeback and earned the runner-up spot, his first podium at the Arnold Pro circuit. Boudreault holds Canadian strongman records at the log press and the Viking press. Along with Jimmy Paquet and Karl Hjelholt, the 3 strength athletes will be serious contenders in September 2019, as Jean-François Caron will be defending his Canada’s Strongest Man crown for the 9th consecutive time.
Evan Singleton, the 26 year old   newcomer to Strongman already known as “T-Rex,” clinched the 3rd spot under the American flag.  Matjaz Belsak, Slovenia’s Strongest Man and 2017 Strongman Champions League World champion was forced out of the podium by a hip injury. 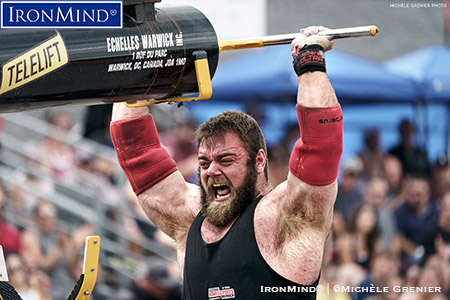 On the Warwick venue a newcomer: professional photographer Michèle Grenier. Inspired by decades of strength sports coverage of IronMind’s founder Randall J. Strossen, Miss Grenier said that she would from now on dedicate hours and days to becoming a leading photographer in strongman and CrossFit. It could be a first ever. Such a commitment surely comes as good news to these sports. 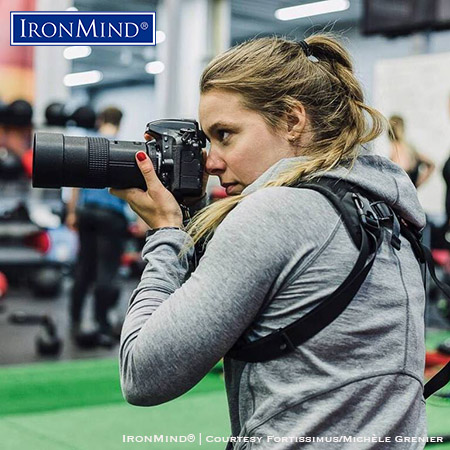