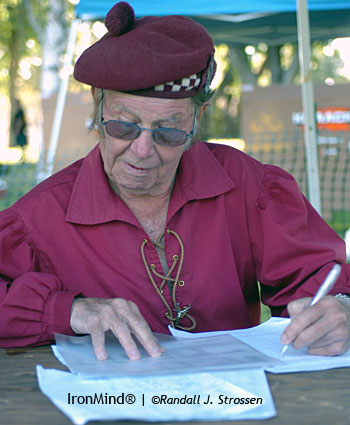 The following weekend (July 25 -26) the IHGF will be front and center in Edinburgh, Scotland, hosting its World Highland Games Championships, and IronMind® has been told by someone close to the discussions that there "is a very strong possibility of another major event taking place the week after" the IHGF World Highland Games Championships. This situation leads to "the possibility of all three events being filmed for cable TV, which will be good for the promotion of our sport and its athletes," IronMind® was told.

The World Team Championships will consist of six teams of two each, coming from around the world and competing in eight of the traditional Highland Games scoring events. "There is considerable competition between the different countries, and this concept will be developed in future years," said David Webster, OBE, president of the IHGF.