Bucharest - Ihor Shymechko (Ukraine) had things his way in the +105-kg category at the European Weightlifting Championships, sweeping the gold medals. 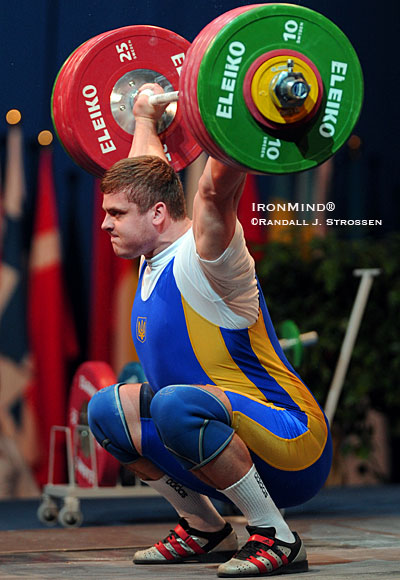 
Opening after everyone else had finished in the snatch, Shymechko nailed 195 kg, 200 kg and 203 kg. Evgeny Pisarev (Russia) got the silver medal in the snatch with 193 kg, and Almir Velagic (Germany) got the bronze medal with 190 kg. Ruben Aleksanyan (Armenia) had looked to be a medal contender, but after missing 192 kg on his second attempt in the snatch, he dislocated his left elbow attempting the same weight on his third attempt.