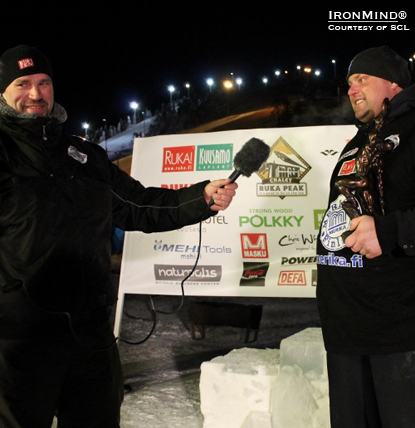 The man behind the contest, SCL’s Ilkka Kinnunnen, told IronMind today, “The 4th SCL IceMan will take place in Kuusamo (Lapland), Finland 15–16 March 2013, so mark the date and come to see one of the most spectacular events of the year.

“Zydrunas Savickas has won the title now three times on the row.  Will he be ready for the 4th victory on the row?”