For a lot of people, the question of who's the strongest man is answered very simply: it's whoever lifts the most weight from the ground to overhead, and Leonid Taranenko remains the man who has highest all-time world record in the clean and jerk . . . only, it's no longer recognized. 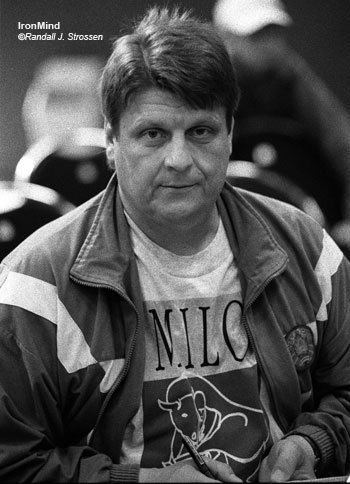 Leonid Taranenko told IronMind® that he feels his world record of 266 kg in the clean and jerk should still stand. IronMind® | Randall J. Strossen, Ph.D. photo.

For decades the only changes to the bodyweight classes used in the sport of weightlifting was to either add or subtract a class - the cutoffs for the classes themselves remained as inviolate as 100 meters for the most important sprint or 100 yards for the length of an American football field. Then, in fairly rapid succession, the classes themselves were changed not once, but twice, in recent years, and each time, the prior world records became historical curiosities.

Not so to the man who cleaned and jerked 266 kg in 1988 - it was a huge lift that followed a disappointing non-appearance at the 1988 Olympics, and until the bodyweight classes were subsequently changed, it was the world record, and it officially stood as the heaviest weight ever cleaned and jerked. But even though Leonid Taranenko was a super heavyweight, when the bodyweight limit on the class below changed, his record was shelved. Thus, the current super heavyweight world record in the clean and jerk is held by Hossein Rezazadeh, at 263 kg.

Tarnaneko told IronMind® that he doesn't agree with this and feels that his lift should still stand as the world record. 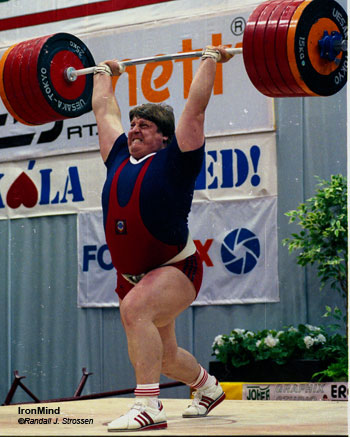