Telling IronMind® that he is "in a process of reflection," top Canadian strongman Hugo Girard has officially pulled out of the Super Series Madison Square Garden Grand Prix. 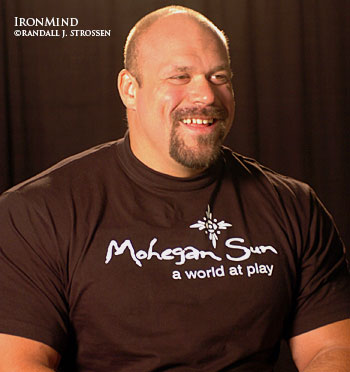 
Hugo Girard is coming off back-to-back injuries, but physically, he told IronMind®, he is doing fine. "My legs are fully recovered," but it's the mental side of things that are creating the difficulties. "I am dealing with some personal problems," Girard said.

"It's been very frustrating for me as I have been on the fence the last few weeks, and even though I am fine physically, I am just not committed 100% to competing. Competing under these conditions, I would not be doing anyone any good," said Girard, pointing out that this would be disadvantageous not only to himself, but also to the organizers and to the fans. "I would just be filling up a place that someone else could be taking," Girard said.