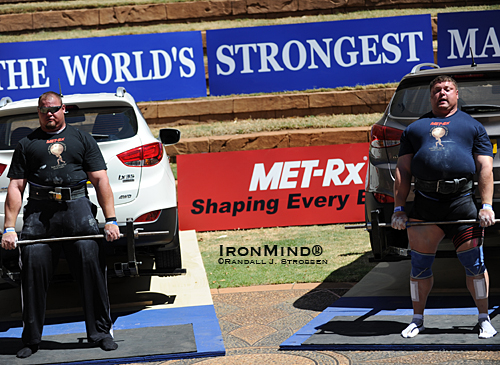 “The show will start with an assault on the Apollon’s Axle world record, 193 kg,” said Bryce, so things will open with a bang.

“All takes place at Küçükçiftlik Park . . . filmed for Eurosport and Turkish TV.