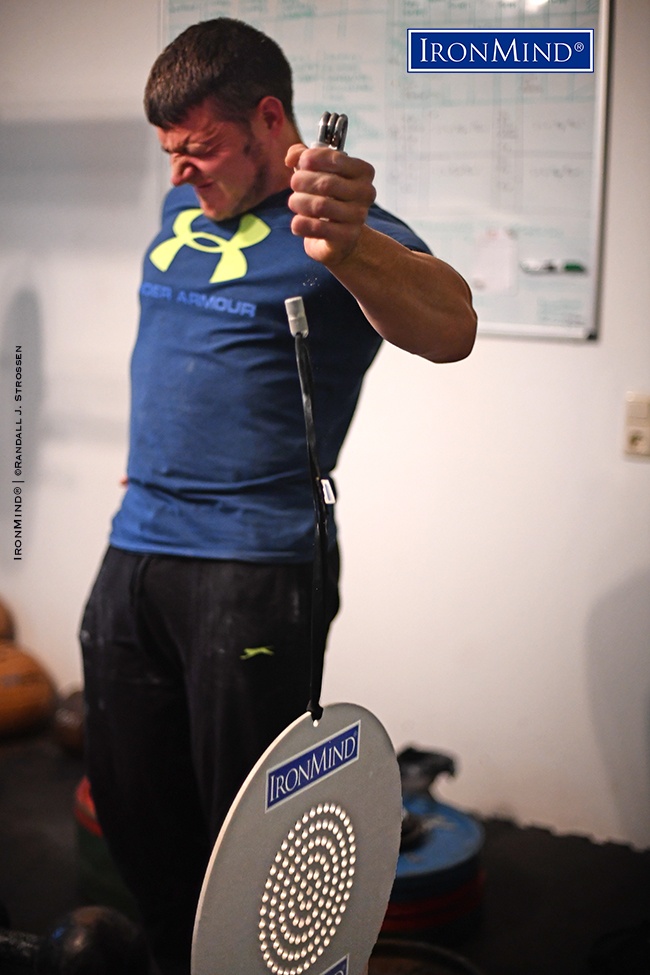 Gabriel Sum had his eye on the CoC No. 4 Silver Bullet Hold world record, and he hit his target with a time of 19.95 seconds. IronMind® | ©Randall J. Strossen photo

Germany’s Gabriel Sum broke the prestigious world record for the CoC No. 4 Silver Bullet Hold over the weekend—while competing at Burkhard Macht’s Underground Grip Germany Invitational in Amelinghausen, Germany—with a time of 19.95 seconds.

An arm wrestling injury caused Gabriel to take a break from serious grip training, but he’s back now, and for everything he’s already accomplished, those who know him predict the best is yet to come.

Gabriel Sum is 31 years old, stands 1.84 m tall and weighs 103 kg. Sum said he began grip training in 2007, and “concentrates on classic disciplines: gripper, pinch, fat [thick] bar.” He works as a physiotherapist and teaches trombone, and in a most interesting comment, Sum said that he used to play the piano and thinks that is partly responsible for his grip strength as it helped to develop the neural pathways in his fingers.

Many thanks to Carl-August Mertz for refereeing both of these successful attempts.