The Reverend Pat Rankin's "God, Guys and Guts" drug-tested strongman contest that is being held at Wayne Eilerman's warehouse next month is getting a lot of attention. 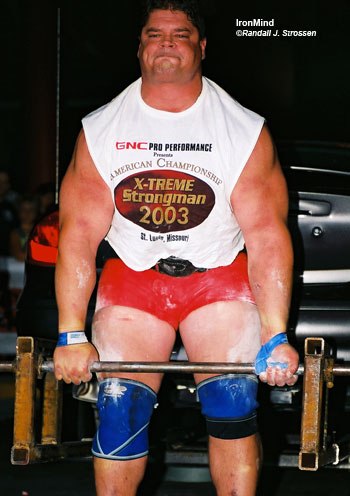 The concept of drug-tested strongman contests has been kicked around for a while, but Pat Rankin is taking it from talking to walking, and he's not alone in his thinking. Saying that he'll "pee in a jar anytime," seven-time World's Strongest Man competitor Mark Philippi said that right now, "it's like going to a gun fight with a butter knife. Karl (Gillingham), Phil (Pfister) and me all feel the same way," wishing that all strongman contests were drug tested. Gillingham, like Philippi, has produced some big strongman performances, and Pfister is the reigning World's Strongest Man winner, so their support of drug-tested strongman contests represents a significant voice in the strongman world.