"We had a major [strongman] competition this past weekend, with the highlight of Derek Boyer breaking an IFSA world record," Bill Lyndon told IronMind®. 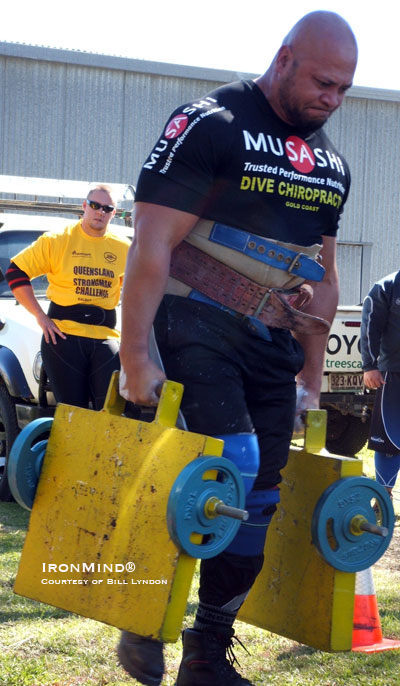 Derek Boyer on his way to breaking the IFSA world record in the farmer's walk. IronMind® | Photo courtesy of Bill Lyndon.

"Derek Boyer broke the world record for the 160-kg farmer's walk at the Northern Hercules Strongman Championships this weekend," said Bill Lyndon. " This record was held by Andrus Murumets with a time of 43.6 seconds for 50 meters (one turn on grass). Derek completed the distance in 32.5 seconds, breaking the record by more than 11 seconds. The record was officiated by three officials from our federation, the FASC."