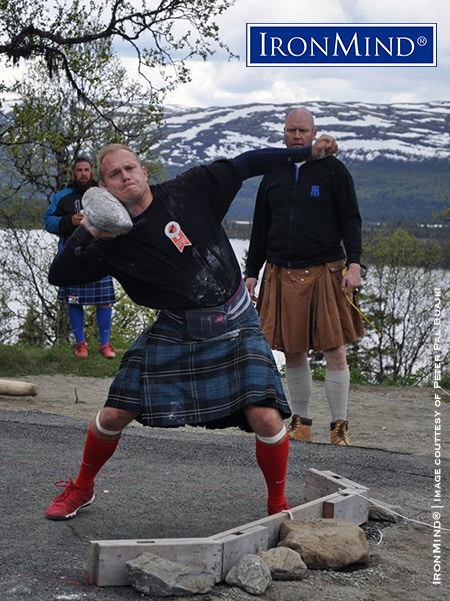 Going into the last two events of the IHGF World Amateur Highland Games Championships, held in the majestic setting of the Fefor Høifjellshotell, in Vinstra, Norway, the atmosphere was electrifying: you could feel the competitive energy flowing from the athletes as they began warming up.

Germany’s Daniel Dorow was in a comfortable lead but knew that he could not afford to make any mistakes as there were some good Braemar stone putters in the group, including Poland’s Rafal Kobylarz, who was trailing by only six points in second place and was also hungry to win this title.

Asking Dorow about being the newly crowned IHGF World Amateur Highland Games champion and competing in Fefor for the first time, he said, “It has been my dream come true to win this championships. I had sustained a severe shoulder injury a few weeks prior to the championships and was unsure if I could give one hundred percent in the hammers. Hammers were the first events of the program and after a good warm-up, my shoulder held up. By the last event I was feeling a little nervous but I managed to pull off the win in the 16-lb. open stone. All the athletes put up a great performance. I am looking forward to moving up to the pro ranks and competing in Alaska [in 2016] at the IHGF Pro World Highland Games Championships.”