IronMind® is proud to announce that Carlos F. Rivera Pagan has just been certified on the No. 3 Captains of Crush® Gripper, establishing his position among the grip strength elite. 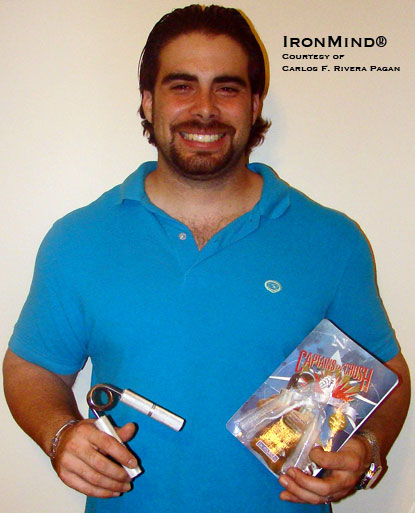 Carlos Rivera Pagan told IronMind®, “I’m an active baseball player since I was 6 years old . . . I can see my improvement on my grip by watching balls fly much farther than I usually hit them.”

And grip strength he has: Carlos Rivera Pagan said that he closed the No. 2 Captains of Crush® Gripper the first time he tried and his official referee, Carlos Fernandez, said that, “After the certification on closing the #3 Gripper, he proceeded to do the same with his left hand (a few times).  It was very impressive and the audience loved it.”

IronMind® would like to say a special thanks to Carlos Fernandez and the Golden Gym for their help with this certification - we appreciate it.

Congratulations to Carlos F. Rivera Pagan: You name has been added to the official certification list for the No. 3 Captains of Crush® Gripper! 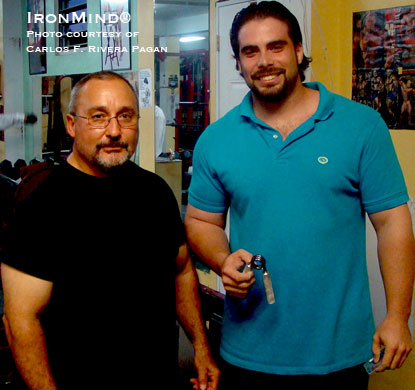