Call this guy talented: Carlos F. Rivera Pagan has added another feather to his cap as he has just been certified on the Captains of Crush (CoC) No. 3.5 gripper, proving his status as having some of the strongest hands on the planet. 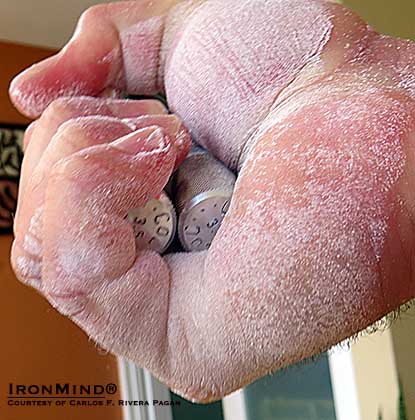 
Carlos works in the accounting department  of the Karlan Group Corporation, but that’s only the beginning of what he can do. 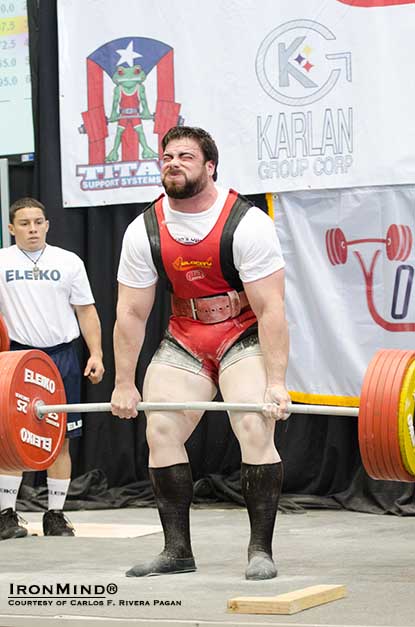 “And I did this with only two years of competing.  Before that I was a professional Minor League Baseball player with the Philadelphia Phillies.

“When training for the IPF Worlds I suffer a herniated disc (L4-L5) and had to compete with sharp pain, but still managed to put good numbers.  After that I give my back a break from powerlifting training and began to train again for grippers, and I noticed that I never lost grip strength so I decided to get certified for the [CoC] 3.5 because I had did it since 2010 but for some weird reason never got interested in getting certified back then.

“I have tried several training philosophies: I've done KTA program, Nathan Holle’s singles program, and Joe Kinney’s big-volume program.  All of them have worked for me.  But I attribute my strength to the Go-Really-Grip Machine.  With that machine you can PROGRESSIVELY keep putting more resistance and get stronger.  For fine tuning then I used the grippers.  For getting me back to where I was in 2010 I did singles with a filed (CoC) #3 gripper that I have and slow negatives with a (CoC) #3.5.

“My short term goals are reach a 2,100-lb. total in an international IPF meet representing Puerto Rico.  In my future, I hope to reach the 1,000-kg total, that will be a dream come true, just as if I reach the Major League, and of course close the (CoC) #4.  I know I have what it takes to close that gripper, but will concentrate first on PL,” said Pagan.

Want to know how referee Carlos Fernandez describes the results on Carlos F. Rivera Pagan’s official attempt to close the Captains of Crush No. 3.5 gripper?

“Carlos was very impressive with the closing of the 3.5 gripper.  I wish you could be with us to se it.  Muy bueno!!!!!”

IronMind gives a huge thanks to Carlos Fernandez for serving as IronMind’s designated referee on this attempt, and to Carlos F. Rivera Pagan we say, “Congratulations—you’re a one-man talent show your name has been added to the official list of men certified on the Captains of Crush No. 3.5 gripper.” 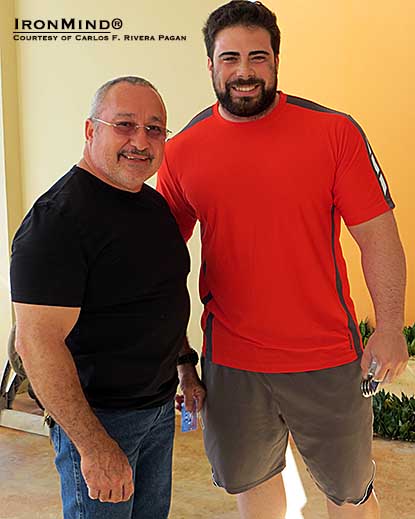