Brian Shaw continues to reinforce the fact that if you want to find the guys at the top of the grip-strength charts, all you have to do is look among the leading strongman competitors. 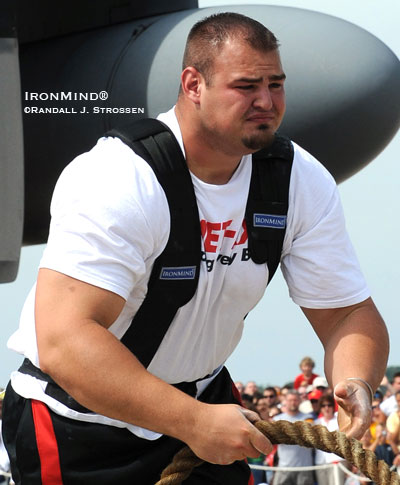 Brian Shaw is coming off his first World's Strongest Man competition, where he didn't quite make it to the finals, but his noteworthy performance earned him an invitation to stick around as a tester for the events used in the finals of this year's contest. And when a No. 3 Captains of Crush® Gripper was unveiled at dinner Sunday night, Randall Strossen asked Brian if he could close it. With his typical modesty, Brian said "Yes" and with no hoopla but more than ample handpower, he crushed it.

Congratulations, Brian - you've just been certified on the Captains of Crush® No. 3 gripper, making it official . . . You're a grip star, as well as a top strongman!