“It slithers through the gym, it’s at every contest . . . The iron snake is waiting to take a piece out of you,” Bill Kazmaier told IronMind® today as he talked about injuries, pain and what you do when the iron snake strikes. 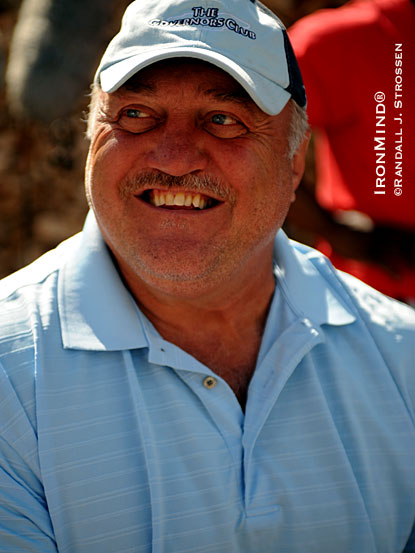 
“I tore my pec,” the Kaz said, “and most guys go to the hospital then.  I went to the next event.  You have to have the mentality of a gladiator and be prepared to leave chunks of your body on the field of battle.”

The three-time World’s Strongest Man (WSM) winner and super heavyweight powerlifting standout is in Sandusky, Ohio today, doing appearances with another man who more than proved the strength of his legs, Dave Waddington  - this is a pair that had they squatted together, might have dunked around a ton.  In between appearances, the Kaz talked strength with IronMind® and one of the points he covered was the injury factor.

Fear of the iron snake, the Kaz said, is why, “Some guys hold back and don’t give 100%.”  On the other hand, Bill Kazmaier is quick to praise Magnus Samuelsson and Jouko Ahola, for example, for completely draining themselves on truck pulls in past WSM contests, or Mariusz Pudzianowski for his constant redline attitude.

Describing some of his grittier performances, like deadlifting with torn hamstrings, Bill Kazmaier said, “If you want to beat some of my lifts, first you’d have to shoot yourself in the back of the legs with a .22.”