“Just after the fourth stage, SCL Holland, on June 30, we will go directly to China for the biggest competition we have ever done!” Marcel Mostert told IronMind. 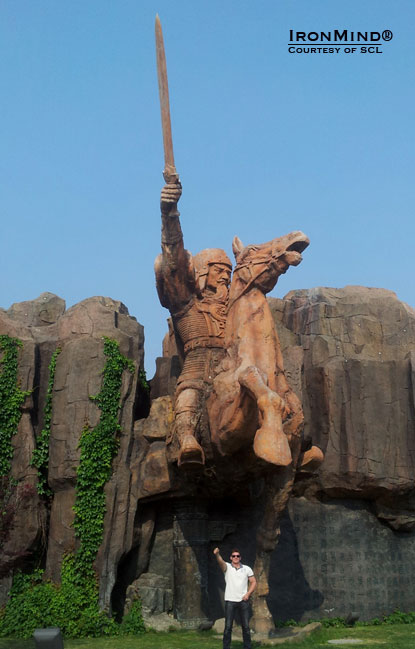 Strongman is most often associated with being big, whether it’s the competitors, the implements or the surroundings.  Here, SCL cofounder Marcel Mostert (who is roughly 6’ tall and 220 lb.) is dwarfed on what will be the location for one of the events when SCL goes to China in July.  IronMind® | Photo courtesy of SCL.

The competition will be from July 4 - 9 in Jiangsu, and Mostert promised “a special opening ceremony.”

“The contest will be broadcast on CCTV 1, the biggest TV channel in China.  We are proud to make this all happen, for the athletes and the excited fans in China,” said Mostert.